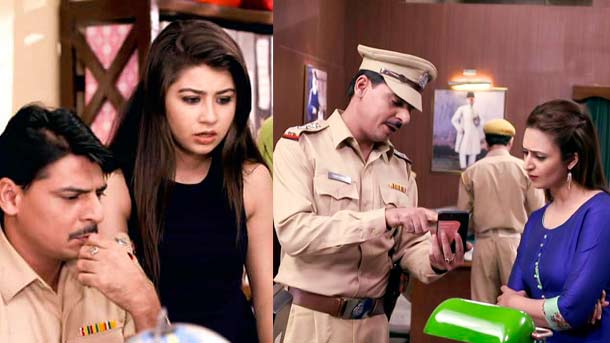 Raman gets angry with Aditya for misbehaving with Santosh and asks him to apologise to her. Ishita scolds Aliya for her behaviour.

Raman and Aditya’s argument leads to Raman slapping him in front of the family. An upset Aditya decides to start his own business.

Shagun plans to organise a party while Raman spends some time with his client, Kiran. How will Aditya react on meeting them?

The police arrest Santosh, Madhvi and Ishita for drinking and creating a scene at the hotel. Will Raman come to their rescue?

The investors cancel the business contract with Raman learning about Ishita’s drunken behaviour!

ditya brings gifts for the Bhallas and invites everyone to the launch of his maiden business venture.

Aditya throws a success party. Raman gets upset on seeing Taneja and Roy. Aditya and Aliya mesmerise everyone with their dance performance.

Aditya snubs Raman in his speech and praises Tanuja and Roy. What’s on Aditya’s mind?

Raman and Shagun argue over Aditya. Ishita decides to send Adi and Aliya on their honeymoon.

Bala warns Kiran to stay away from Raman. Aditya and Aliya leave for their honeymoon trip.

Aliya meets her college friend, Nikhil and the two spend some time together. Aditya doesn’t like being ignored by her.

Aditya plans to get rid of Nikhil to spend time with Aliya. Riya locks Pihu up in the school while Ishita and Ruhi look for her.

Kiran and Raman try to clear Ishita’s misunderstanding about them. Aditya lashes out at Aliya for spending time with Nikhil.

Aditya, Aliya spend a romantic evening. But she serves him seafood, unaware that he is allergic to it!

Aliya warns Nikhil for making fun of Aditya who suffers from an allergy. Santosh and Madhvi set out to expose Shagun during the award ceremony.

Raman is angry with Santosh for exposing Shagun, while Shagun lashes out at Ishita for conspiring against her. Aditya is disappointed with Aliya.

Mani thrashes Aditya for slapping Aliya and hits Raman! Is this the end of their relationship?

Nikhil and Aliya accuse Raman of killing Mani and get him arrested. Is he guilty? Who is the real murderer?

The Bhalla family is traumatised to learn about Mani’s murder and Shagun’s disappearance. Where is Shagun?

As Shagun is the only eyewitness of the mishap, Ishita decides to look for her to prove Raman’s innocence. Will she succeed?

Aditya and Bala find Shagun admitted to a hospital with a severe head injury. Will she survive?

Shagun undergoes treatment after she fails to regain her memory, while Ishita struggles to free Raman from jail.

Shagun is stuck in the past, while Raman and Ishita strive to revive her memory. Aliya confronts the Bhallas.

Ishita convinces Aliya to stay back at her house. On learning about Shagun’s memory loss, Ashok visits the house with a marriage proposal. How will Ishita and Raman handle him?

Shagun vents out her anger on Santosh. Worried about Shagun, Ishita and Raman consult a doctor.

Ashok misleads Shagun after learning that she is mentally unstable, and blackmails Raman. Ishita strives to keep Ashok away from Shagun.

Ashok warns Ishita, while she challenges him. He keeps an eye on Raman and Ishita and misleads Shagun. Bala is eager to find out Ashok’s secret.

While Ishita and Raman try to remind Shagun of her past, Ashok uses Ishita’s plan against them. What is he up to?

Shagun suspects Ishita and Raman’s activities and follows them till Mani’s office. Will Shagun recall her past?

The police interrogate Raman and Ishita about Banwari Lal’s murder. Meanwhile, what is Aditya trying to hide and why does Shagun panic on seeing him?

Raman gets furious at Ashok for accusing Aditya of murdering Mani, while Ishita strives to find the killer. Nikhil builds his bond with Ruhi.

Shagun’s condition turns critical after bitten by a snake set free at the Bhalla house. Will she survive?

Inspector Vijay takes Raman into his custody in order to keep him safe from his enemies. Things turn awry when Aditya accuses Ruhi of murdering Mani.

Aditya and Ruhi tell Ishita what they saw on the night of Mani’s murder. Ishita is shocked on learning the same.

Ishita gathers trivial information about Mani’s murder while Shagun undergoes hypnotherapy treatment. Will she be able to prove to Inspector Vijay that Raman is innocent?

Nikhil takes care of an intoxicated Ruhi. Shagun confronts Roshni but Ishita brings the situation under control. Ashok fakes his love for Shagun.