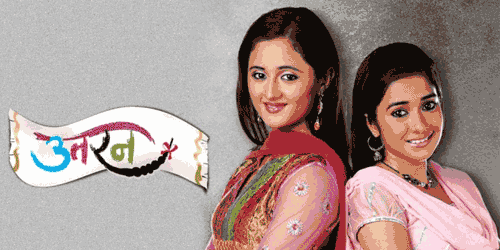 Veer then shows that CD to everyone; Tappu and Nani are standing in shock now Veer goes on to play the CD and everyone witnesses the entire Convo between Vansh-Tappu where Tappu instigates Vansh and Vansh then kills himself ;After seeing the video everyone’s eyes pops out in shock (See those funny shocked expressions that everyone gives after watching the video when everyone’s close-ups r shown for next 10mins ..It looked as if all were watching some Ramsay brother’s horror flick );Mai almost faints in shock but Umed tries to console her ;Jogi and Divya r shocked and standing like a stone now ..Ichha in tears and almost on the verge of a outburst ..Veer closes his eyes in emotions after watching that video ;Tappu is shedding crocodile tears and Nani too in shock ..

After watching the video, Veer walks over to Tapasya. She tells him that what they all saw is only half the truth, and she didn’t shoot Vansh. Veer tells her he agrees, because instead Tapasya pushed a sick man to the edge and then pushed him into the jaws of death. Nani is very worried now and walks over to Jogi and Divya, who still stand shocked. She tries making them understand that Taps is innocent, but they are silent. Veer asks everyone if they know where Taps went today. Veer explains that she went to meet Siddharth to destroy proof of what she did. He walks over to Ichcha and tells her that he knows that Ichcha will remember the relationship between Taps and Sid.

He narrates how when he first came to see Taps, she left him and Ichcha alone for hours so she could meet Sid. Veer explains that Taps loved Sid, and when Taps realized that Ichcha and Veer were getting close, she dropped Sid. He goes on and talks again about how she cut her wrist and took Ichcha’s place that day at the wedding. Veer explains that though the family had accepted her, Veer never did. He wanted a divorce, which Taps would never let happen since that would be the defeat of Tapasya Thakur. Veer then reveals Tapasyas scheme to murder Ichcha, and how she used Sid to almost carry out that plan. The family is shocked listening to all this. Veer mocks Taps and tells her that she didn’t really shoot Ichcha that day either.

Tapasya screams out in agreement,  admitting to the fact that she did plan that scheme because she does hate Ichcha. She walks over to Ichcha and tells her that whenever she looks at her it makes her blood boil. Taps yells out that she still thinks Ichcha doesn’t deserve to live. Jogi slaps Taps across the face. Taps falls to the floor, and stares at Jogi in disbelief. Jogi leaves from there, and Divya slowly follows after. Tapasya walks up to Veer and stares at him straight in the face in anger. End.