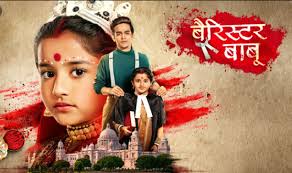 The Power of Love December Teasers 2022

Anirudh asks his pupils about the missing encyclopedia. Will he be able to locate the book?

Anirudh was very sure Bondita would win the quiz, but during it, she runs across her former instructor, who was really cruel to her. Will Bondita be able to triumph in the test?

Anirudh’s intended aid, the Heera Mandi females, have deceived him and taken all of Bondita’s jewelry!

Anirudh had well prepared Bondita and the other females for the test, but Saudamini hid sleeping pills in their lunches so they would fall asleep throughout it!

Upon seeing the girls wake up and answer the questions but on the other hand boys falling asleep, Saudamini is perplexed.

The girls team are a few points behind the boys. However, Bondita and friends manage to answer a few questions which put Saudamini in a predicament. Will Anirudh have to become the slave? Or will the girls team emerge as winners?

Bondita is all ready to go to school to fulfil her dreams.

Anirudh is successful in rescuing Bondita from the chemical factory. Upon seeing this, a frustrated Saudamini tries to kill Bondita with her bare hands!

Anirudh passionately prays to God to return Bondita back to them.

Bondita extends a helping hand to Sampoorna by bringing her home!

Trilochan tells Sampoorna to consider herself as a servant of the house and nothing more.

During the prayer a strange person claims that she had a reincarnation and is Anirudh’s mother, Shubhra! How will the family react to the shocker?

Anirudh gets angry and asks the stranger to stop her nonsense!

The girl gives a thread to Bondita to tie on Anirudh’s wrist in order to save him from a bad happenings. Bondita is scared and is in a dilemma when she learns that Anirudh met with a small accident!

Trilochan reveals that only he and Anirudh’s mother can open the mansions treasury. Anirudh challenges Shubhra to unlock the treasury without Trilochan’s help.

Shubhra wants to get rid of Bondita in order to poison Anirudh! Will she succeed?

Anirudh eats the poisonous porridge given by Shubhra. Will he be okay?

Anirudh tries to find out who is helping Shubhra but he loses consciousness due to being poisoned by her.

Bondita gets scolded by Trilochan.

Anirudh eats the poisoned porridge made by Shubhra yet again!

Bondita searches for evidence in Shubhra’s room whilst Trilochan sends everybody to search for a missing Anirudh.

Sampoorna tries to commit suicide! Who will stop her?

Bondita makes sense of what Anirudh told her and realises that a man was disguised as a woman to help Shubhra.

Trilochan calls Sampoorna’s parents and tells them that she will get married to Bihari.

Bondita finds out that it is Munshi and Shubhra behind all the problems.

Bondita plans an idea to bring forward Shubhra and Munshi’s lies. Will it work?

Anirudh promises to turn Bondita into a Barrister.

Sampoorna and Binoy get married. Seeing this, Trilochan gets angry.

Sampoorna blackmails Binoy and manipulates him to her will! Bondita accepts Sampoorna as her mother-in-law and Anirudh suggests completing the wedding ceremony and rituals.

Sampoorna tells Binoy a lie in order to humiliate Trilochan.

When Sampoorna’s mother arrives for her celebration, she instructs her to retrieve the vault keys from Trilochan!

Trilochan orders Bondita to keep the vault’s keys to herself.

Sampoorna tries to get Anirudh involved in collecting the keys, but Bondita won’t give them to him because of her vow to Trilochan.

Glow TV will be airing a Holiday Movie Marathon from 26 to 30 December. A Touch of Love returns on Monday 2 January 2023

READ NEXT- The Power of Love January Teasers 2023