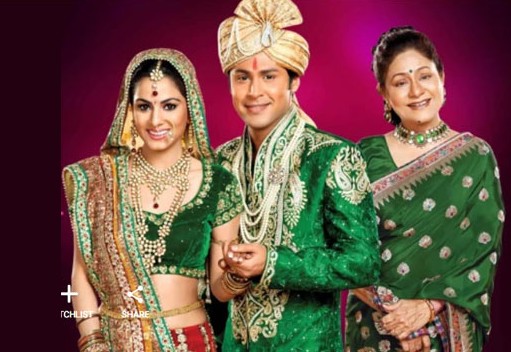 The story of Laxmi is about a young middle-class woman who is trying to get money because her mother passed away from pneumonia and her family couldn’t pay for her care. Even though Lakshmi has lived a fairly modest middle-class existence since she was little, she has always believed that money is significant. She always inspires others to think more critically and succeed in life. Her unusual love story serves as the central theme of the narrative, as she struggles to decide between real love and fortune.

Aged 9, Lakshmi has a crush on and wishes to marry Arjun Agnihotri but he moves to London for 10 years to complete his studies.

Arjun disguises himself as his closest buddy and returns to India (Ajay Sharma). He meets Lakshmi and falls in love with her as well, knowing that she has a crush on him. Lakshmi proposes Ajay after discovering that he is Arjun. After they are married and he finally comes clean about his feelings, Lakshmi feels abandoned and decides to break up with Arjun because she thinks he still has affections for Saumya, his previous fiancée.

During one of the initial meetings between Arjun and Lakshmi, Arjun comes to know about Lakshmi’s dream of marrying Arjun Aghinotri and become rich. In the course of time, Arjun falls in love with Lakshmi but keeps his identity secret under the disguise of Ajay Sharma (His Best friend’s identity). Arjun disguised as Ajay wanted Lakshmi’s love but not just because he is a rich guy.

In the meanwhile, Arjun’s father asks Arjun and his childhood friend Purva to tie knot as they both are perfect for each other but Arjun tells Purva about his feelings for Lakshmi which brings disappointment to Purva who loves Arjun. Ajay (Disguised Arjun)proposes Lakshmi on a certain day for marriage but Lakshmi refuses to fulfill her dreams of marrying Arjun Agnihotri. After she refuses he gives up and thinks that Lakshmi only loves money and not Arjun actually. Eventually, Arjun’s Dadi enters in the picture to make realize Lakshmi that she genuinely has fallen for Ajay but her dreams of becoming rich are acting as the barrier. So she sets up a plan, Arjun’s best friend who is the real Ajay Sharma, takes the identity of Arjun Agnihotri and meets Lakshmi. Which means the 2 friends have switched names and identities.

Then Dadi invites Lakshmi for a trip to Ramsagar along with her paternal aunt, Arjun, Ajay, Purva and Swati. In this trip Dadi plans for a test of Lakshmi to see whether she loves the loving Ajay or the rich Arjun. Many ups and downs takes place at the trip. Lakshmi takes care of Ajay very much, cooks food for everybody at a local dhaba and in the temple she is captured by some local thieves. Ajay saves Lakshmi while his shoulder is penetrated by a bullet shot by the thieves. At the end of the trip Lakshmi choses Love over Money and accepts Ajay’s proposal of marriage without knowing that he is actually the real Arjun Agnihotri. Arjun’s father soon gets to know about this. He doesn’t give his approval. He offers Lakshmi a blank cheque to Lakshmi for leaving Arjun but Lakshmi doen’t know that Ajay is the real Arjun and is confused by his actions. Later, he tells Arjun that he can marry Lakshmi if he wants to but he won’t take any part in it.

At their engagement ceremony, Arjun tells Lakshmi that he is not Ajay Sharma but Arjun Agnihotri in a grand way. Lakshmi is shocked but happy. They get engaged. Later Arjun’s dad take part in his wedding although he was not happy. Arjun’s ex-girlfriend Soumya comes from London to take part in Arjun’s wedding. During their first night, Arjun tells Lakshmi all about Soumya. Lakshmi is unhappy about hearing this. Arjun’s dad invites Soumya to stay at their mansion. Later many misunderstandings occur between Lakshmi and Rajvardhan Agnihothri. (Arjun’s dad)

Then Vishal wrote about Rajvardhan Agnihotri’S fraud in newspaper which causes them to leave Agnihotri Mansion and they go to Lakshmi’s house. Soumya wantS to help Arjun but Arjun disagrees. Soumya puts an agreement before Lakshmi to sell her husband to her but Lakshmi refuses. Then the situation comes bad to the Agnihotris and the auction day comes but Lakshmi delays it for 2 hours but Vishal again re-opens it. The auction starts but Lakshmi reaches there and buys mansion for 80 crores and agrees with Soumya’s agreement.

The Agnihotris shift to Agnihotri Mansion and Lakshmi helps Soumya get closer Arjun. In one of these situations, Lakshmi plans to go to London but Ajay stops her. At the mansion, Ajay falls in love with Soumya and Arjun helps him to impress Soumya but on the other hand Lakshmi and Soumya think that Arjun has agreed to marry Soumya. On Soumya’s birthday party, Arjun comes to know that Lakshmi has agreed to Soumya’s deal and blames Lakshmi for being selfish. Lakshmi goes out of the mansion and is shot by some goons for not giving her engagement ring.

Lakshmi fulfills her recent dream of getting Arjun-Soumya married but feels pangs of jealousy at moments. Before his wedding night, Arjun gives Lakshmi a costly diamond necklace. Arjun manages to escape from Soumya by pretending to have a cold. Dadi’s plan keeps on making Lakshmi regret her decision, through Arjun and Soumya’s honeymoon.

Arjun pardons her and helps her family get her back while Lakshmi uncovers the previous truth. Saumya departs as it is made clear that she is solely after Arjun’s money. Get remarried, Arjun and Lakshmi. Jiyana, the daughter Lakshmi gave birth to before passing away, is the child of Arjun and Lakshmi. Even though she had issues with her pregnancy, she never told Arjun.7 Years LaterKaanchi Kashyap, who resembles Lakshmi, is introduced. 8-year-old Jiyana was raised by Arjun. She invites Kaanchi to visit Arjun on the guise of bringing a delivery after seeing how much the girl resembles Lakshmi. Over time, love blossoms between Arjun and Kaanchi. Their love is professed.READ – Laxmi December Teasers 2022