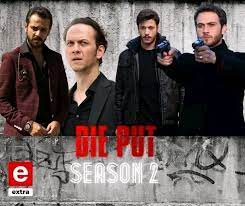 Ceto and Mahsun’s relationship finally appears to be crumbling, but what will Ceto do about it? Idris approaches Uluc with a question that will affect both of their kids.

Yamac is troubled, and Alico promises to assist him figure out what’s wrong. Sena travels across time with Mahsun, while Celasun is challenged by Karaca.

Despite Cumali’s heartbreak, Yildiz is doing her best for Sultan. Ceto explains his past while Selim and Sena are experimenting with fire.

It appears that everyone is having a better time celebrating the wedding than the happy couple themselves. Mahsun intervenes to save Ceto from a trap that Yamac has planned for him.

Yamac thinks Sena and Selim are up to no good. Damla’s attitude is not acceptable to Saadet and Ayse. Mahsun runs across a familiar face from his past.

While Ceto intends to spill some terrible truths, Idris and Emmi are organizing a scheme to smuggle jewels into Syria. Damla, however, finds it challenging to adapt to Kocovali traditions.

Mahsun is split between his family and what Ceto is telling him, but which will prevail? Vartolu and Idris have a nice time together as Celasun and Cumali have a talk.

Ceto’s dark past catches up on him. Yamac senses that something is wrong in the neighbourhood. Cumali is still unhappy about his marriage to Damla.

The Pit is under attack and the men are scrambling to get back home. Cumali and Damla have a serious conversation and end up making a good team.

A war breaks out in the Pit as Ceto and his men are out for blood. Unbeknownst to Saadet, Alico saves baby Idris and Sena decides to sacrifice herself for her family.

The war seems to be over, but the Kocovalis have more bad luck coming for them. When the women reach the safehouse, they realise one of them is missing.

Yamac is released from jail but struggles to cope with Sena gone. Saadet has a serious talk with Damla and Vartolu and Cumali shares a hearty moment.

When Mahsun leaves Sena alone, she scrambles to escape, but will she make it out before it’s too late? Sedat meets with Idris and gives him a gift that can only lead to trouble.

Everyone in the Pit is frantically looking for Sena but Baykal has a cunning plan which ends in tragedy.

It’s the day of Sena’s funeral and everyone in the Pit is broken. Damla and Cumali feel they are responsible, and Aksin feels like she’s lost the last person she could be close to.

Yamac has had enough of the Pit. Uluc demands that Emmi speak to Sedat. Meliha shows Idris the photograph and tells him to talk to Yamac about it.

Yamac is struggling to come to terms with Sena’s death. Nejat tells Uluc that he will pay a visit to someone interesting which scares Uluc. What is Yamac doing at Gul Cabaret?

Yamac is killing himself trying to make sense of Sena’s death. Vartolu sets out to recover the lost gems, and a new character who is sure to cause trouble arrives in the Pit .

Ayse and Damla had a heart-to-heart. Deren exits from the Kocovali home after surprising Yamac with a birthday gift.

When Cumali leaves to sort the jewels, she is kidnapped. Yamac approaches the truth only to be met by the man wearing the black ring.

Uluc is questioned by Damla concerning the whereabouts of Cumali. Alico discovers a significant clue. The KoCovali tribe is ready for battle.