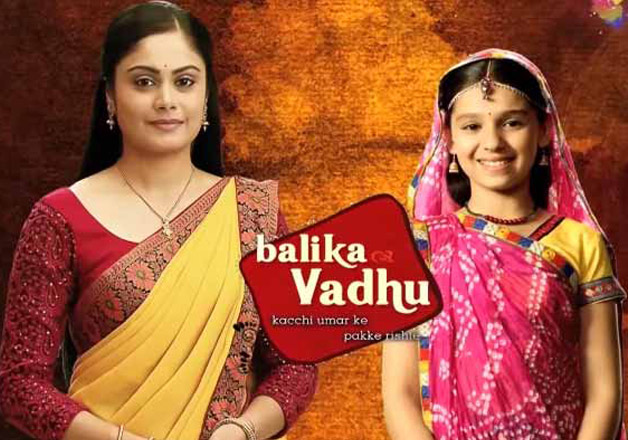 Highlights on this month’s episodes.

Grandma Kalyani is suspicious of Mangla after seeing how angry and upset she is that Nimboli went out alone with Anandi.

Nimboli tells Mangla that she wants to meet her real mother, but Mangla plays her usual tricks and asks Nimboli what she will do if her real mother is cruel or her father is like Akheraj!

Anandi takes Nimboli on a tour of Shiv Niketan. An excited Nimboli wants to learn Karate!

Kamli tells Mangla that Kundan is being released from prison.

Mangla tries to make Kundan understand that he must change now and not be like Akheraj. Kundan gets even more angry with Mangla’s words against his father and he catches Mangla by the throat.

Nimboli tells Mangla that she wishes her real mother will be like Anandi.

Kundan tells his mother that he will put Kamli in her place and take care of everything now that he is back.

Kundan bullies Pushkar and makes him clean the floor and serve him.

Mangla pays Kanta to pretend to be Nimboli’s real mother and tell Nimboli that she hates her.

Kundan asks Harkhi for money but she tells him that she will have to ask Kamli for the same. Kundan gets angry when Kamli confronts him and tells him to go and earn money rather than asking for it from his mother!

Jagdish and Ganga tend to Nimboli who is running a high fever.

Harkhi gets a call from Harishankar who asks her to help send Kamli and Pushkar back to Sanchoti and in return he would help her get Akheraj out of jail.

Kamli goes to Harishankar’s house and warns him to leave them alone.

Pushkar is admitted to hospital, after eating the poisoned laddu’s.

Nimboli attends school and loves it!

Kundan kidnaps Shivam thinking that he is Nimboli!

Kundan learns that Shivam is Anandi’s son and orders Gajraj to kill him!

Mangla speaks to Kamli on the phone and lies again by telling her that Nimboli is unhappy at the Mansion and that Anandi troubles her.

Anant tells Anandi and grandma that Nimboli needs to be taken to a child psychologist, so that they can understand what is going on in Nimboli’s mind.

Dr. Sneha tries to get Nimboli to speak about her hatred for her mother, but Nimboli gets angry instead and runs away.

Mangla tries to poison Shivam’s mind against Nimboli by telling him that Anandi is spending quality time with Nimboli and not him.

Mangla takes Nimboli and heads back to Jhalra, to stay under the same roof as Kundan.

Akheraj arrives at his home and plans to kill Nimboli and Mangla after learning that they are there.

Anandi arrives at Jhalra, along with the cops.

Urmi goes into premature labour and is rushed to the hospital!

Kundan is not bothered at all by the death of his wife and unborn child!

Anandi confronts Kundan for being happy when his wife and unborn child have just died. With tears in her eyes, Anandi tells everyone to never get their young daughters married before their legal age.

Grandma Kalyani goes to the terrace while searching for Shivam and is shocked to see Shivam about to burn Nimboli’s things.

Akheraj shoots at Anandi’s car, pulls Nimboli out and throws her into the well.

Shivam questions Anandi about why she has stopped searching for Nandini.

It seems as though Anant has fallen in love with Anandi!

Kamli overhears Harkhi and Kundan discussing how proud they are of Akheraj’s latest criminal act of kidnapping Ganga!

Mangla tells Jagdish to pick Kundan up with the help of the cops so that Akheraj turns weak.

Nimboli tells the family that she is ready to surrender to Akheraj in order to save Ganga!

Kamli overhears Akheraj discussing his plan with Kundan and Harkhi, and the same and calls Mangla to inform her, but Mangla pretends as if she can’t hear anything and hangs up.

Shiv and Abhi try to push grandma to the hospital on a cart.

Kundan hits his sister Kamli and moves forward to hit her yet again, when Pushkar comes there to confront him.