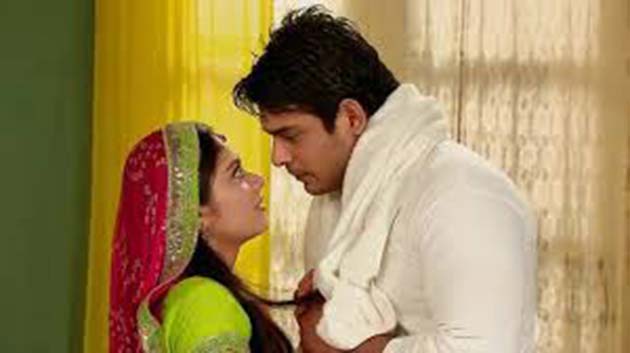 Vivek is getting into his car. Saachi calls him and says she is missing him. Vivek says, he is going to meet a client. Saachi says, it means you are free in the evening and invites him for dinner. Vivek agrees. He asks, when you are coming home. Saachi asks him to get ready and says she will be reaching home till 8 pm. Vivek agrees.

Gehna sings a bhagan surprising Dadisaa and Nandu. Dadisaa tells her that Niranjan will teach you music. Gehna says, she knows music and it is enough. Dadisaa asks her to learn music for her inner peace. Gehna says, she is fine and at peace. Nandu asks her to try once and sings Sa Re Ga Ma………Gehna asks, when did you learn it. Nandu says, I requested Niranjan chachu and he taught me. He promises to concentrate on studies as well. Dadisaa gives him permission to learn music and asks Gehna to join him. Gehna refuses.

Anoop asks Meenu, what she is cooking. Meenu says Gopi matar. Anoop says, I wants to taste. Meenu gives him the dish to taste. Anoop taste it and asks did you made it in water instead of oil. Meenu says, everyone likes less oily and spicy veggie. Anandi makes like that. Anandi comes and tells about her NGO getting an order of achaar and pappad. Anoop says, you are impossible. You seems to be strange and asks why did you change everyone’s habit of eating spicy food. He asks her to make food like before. Anandi asks, what happened to him. Meenu says, empty mind is a house of devil and same thing is happening to him.

Nandu offers to write Dadisaa’s homework as her hand is paining. He reads the question and asks her to answer. Dadisaa answers while Nandu writes her answer. Ganga comes and says food is ready. Dadisaa asks her to wait for 5 mins. Nandu asks her another questions. Dadisaa and Nandu argues over India’s capital city. Dadisaa asks him to write Kolkata while Nandu says it is Delhi. Dadisaa thanks him for his help and take out gems packet from her school bag. She eats the gem like her classmates surprising Jagya and Nandu. Jagya is speechless.

Dadisaa tells him that her friend taught her this. Nandu asks her to teach him as well. Dadisaa teaches him. Niranjan comes. Dadisaa keeps the gems packet in her bag. Niranjan asks for salt. Dadisaa asks, why you are cooking and asks him to eat in their house? Niranjan thanks her. Gehna says, until when you will eat burnt dishes. She tells Dadisaa about the same. Dadisaa tells him that she heard Nandu learning music from him and says you will eat here only. Niranjan agrees. Nandu sings Sa Re Ga Ma………Everyone get happy.

peon informing Saachi that Mr. Mittal called her. Saachi says, I will go. Vivek comes home and tells Suman that they are going for dinner. Suman says, I will cook for three of us. Saachi comes to Mr. Mittal’s cabin and sees it is dark. They switch on the lights and starts applauding for her. Mr. Mittal tells Saachi that the client approved the order and gives her credit. Saachi thanks him. Mr. Mittal praises Saachi and says this party is for your honour. Everyone claps for her. Saachi cuts the cake. Vivek eagerly awaits for Saach and take out the earrings brought for her. He keeps it in a pouch and says he wants to make the simple dinner into memorable one. Mr. Mittal gives her promotion letter. Saachi gets happy.

Daddu calls Amol. Amol says, I am coming. Shiv comes home He sees the milk glass and drinks milk shake. Anandi comes. Shiv asks him to share milk shake with him. They drink it.