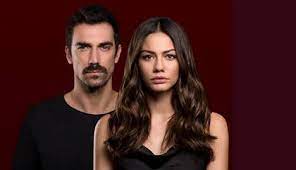 The funeral for Müjgan is now being organized. High emotions can surface in unexpected ways. Nobody has any idea who broke Zeynep’s vehicle window. Discussions about men misusing their authority over women get more tense in the meanwhile.

Following the murder of Müjgan, Mehdi is heartbroken. Despite everyone’s worries, Zeynep comes to his help. Buris finds CCTV footage of the collision with Zeynep’s automobile. He and Nermin are surprised to discover Mehdi was to blame. Since Mehdi admitted to his crimes, Nuh is concerned about him.

Sakine and Bayram seem to become closer the night before the new business opens. Nermin persuades Buris to share the video to Zeynep right away. Zeynep is in disbelief.

To serve Mehdi with a restraining order and allegations of malicious damage to property, Zeynep comes at the new store with the police. Mehdi resolves to flee while being served and seek Zeynep with Baris’ protection. There is an arrest warrant in place.

Baris is summoned home to attend to an emergency while attempting to relax and have a “safe” lunch. Zeynep encounters a side of Baris she didn’t anticipate. They learn they have far more in common than they had thought when he describes his situation.

Mehdi is still on the run. Amidst the chaos a highly pregnant Benal arrives on their doorstep. She has been prescribed bed rest until the end of her term. After Baris pours his heart out, Zeynep convinces him to let her talk to Savas.

Zeynep cautiously approaches Savas to try and engage with him. After a considerable amount of time, Zeynep and Savas make progress. He even decides to leave his bedroom for the first time in 10 years. Baris and his brother share a special moment around the table.

Baris is impressed with Zeynep’s accomplishment with Savas. Mehdi is still on the run but is spending time making a pit stop at home for a conversation with Nuh and Cemile. Sakine and Bayram have a long overdue heart-to-heart in a deserted park.

Nermin, Sultan Emine and Sakine spend a night on high alert while waiting on news from Zeynep. Zeynep is persuaded to spend the night at Baris, but in the early morning, Zeynep is drugged and kidnapped by Mehdi. The entire city’s police force is mobilised to locate Zeynep ASAP.

Savas launches a social media plea to locate Zeynep. Colonel Cetin mobilises the entire force to locate Zeynep. A scuffle between Sakine and Cemile ends their relationship. Mehdi is taking Zeynep to his mother for her to decide their fate.

Surprised by the social media plea, Baris supports Savas and together they come up with promising leads.

Mehdi is still on the run with Zeynep. Savas’ and Baris’ plan to alert everybody along their route pays off when someone identifies the vehicle they were travelling in. Cetin and Baris race to set up a roadblock to capture Mehdi. However, Mehdi’s state-of-mind nearly had fatal consequences.

During all the drama in the countryside, Benal is left alone at a critical moment. She manages to struggle to Sultan and Sakine, where she gives birth to a beautiful little girl. Mehdi in the meantime is incarcerated awaiting trial, unable to hold his little baby.

Zeynep still struggles to overcome her traumatic experience. Savas convinces her to enjoy her birthday whiich is attended by family and friends. When she hears the truth about her abduction, she has another panic attack, but Baris is there to help. In the meantime, Mehdi has to adjust to life in prison.

Savas confronts Baris about his feelings for Zeynep which causes a bit of tension between them. Emine tries to help Zeynep to overcome her traumatic experience but Zeynep has another panic attack after she receives some unexpected news from Benal.

Tension rises between Cemile and Nuh, when she becomes obsessed with helping Mehdi at all costs.

Just when Sakine, Sultan, Emine and Nermin seem to lose hope about their financial situation, Sultan inspires the team with a new idea. Cemile pressures Mehdi into a more permanent relationship with Benal.

Bayram shows up unexpectedly at Zeynep’s work in a drunken state. While Zeynep must handle this awkward situation, she is also confronted with a gift from Mehdi.

Benal has a drastic change of heart with regards to Cemile’s proposal. Zeynep strives to gain closure after everything that has happened, and while the news about Benal seems to hurt her, Zeynep may for once have a new chance to hope.

Mehdi gets to see his baby when Benal visits him in prison. He has to put a hold on his temper when a fellow cellmate yanks his chain. Cemile tries to persuade Dilara (Matchstick) to convince Zeynep to drop the charges against Mehdi. Meanwhile, the financial situation at home is getting dire.

Emine and Sultan take the “mended” vase back to Savas. There they meet uncle Ali Riza, a total OCD control freak and hypochondriac. Sultan, of course, battles to hold her tongue.

Mehdi keeps being provoked by Osman and he loses his visiting rights after getting involved in a fight. Cemile, Nuh, Benal and Matchstick visit Zeynep and try to convince her to drop the charges against Mehdi.

Baris develops a serious flu, incapacitating him. Zeynep arrives to nurse Baris back to health, however, Savas suddenly becomes very jealous of their intimacy. Sultan and Emine started cooking for Baris and Savas as part of their new catering enterprise. However, their uncle Ali Riza moved in for an extended stay.

Mehdi is stabbed in prison and left for dead. After emergency surgery the doctors are still reluctant to hedge their bets on his survival. Cemile goes all out raging lunatic blaming Zeynep for his condition.

Zeynep is concerned about Mehdi’s condition. Despite the ladies of the house trying to dissuade her she visits the hospital, just in time to witness Mehdi’s heart failure. After a few tense minutes the staff manage to resuscitate him, prompting Zeynep to withdraw the charges against him on condition they leave the city.

In the meantime, the franchisor of Mehdi’s auto-shops revoked his licenses, disrupting their plans to leave the city. Ali Riza manages to convince Sultan and Emine to accept his proposal after some cunning planning on his part, as Emine was vehemently against it.

After Mehdi is released from hospital, he is put in another cell, where he meets an old friend of his father. But there is something sinister about one of his cell mates. Sultan manages to restore peace in the house, while Ali Riza has some disturbing news for his nephews.

Chaos erupts in the cell when someone tries to prevent Mehdi from going home.

Anticipation runs high when the family awaits Mehdi’s release from prison. The day turns into a nightmare when he is prevented from leaving. Another disaster awaits the family when they arrive home. Zeynep does her best to save the day, but is once again forced to make an unthinkable decision.

Baris visits Zeynep and Nermin with very good news. Nevertheless, the challenges don’t stop. When Mehdi’s lawyer gives disappointing news, all hope seems lost for Mehdi and his family. However, intervention comes from an unexpected person.

While Mehdi should be making allies in jail, he seems to be making more enemies. With Savas’s help, Zeynep tries her best to fight the injustice aimed against Mehdi. Although it is a noble attempt, she now has to lie to the people closest to her – including Baris.

Baris and Savas’ sister, Ozlem, has nothing but criticism about how things are run in the house. The “staff” joining the family at the table is one of her biggest gripes. Zeynep and Nuh have to make use of diversion tactics for Zeynep to gain entry into Berkir’s room in hospital to speak to him.

Ozlem makes an effort to persuade Baris that Zeynep’s family is filthy and that he should avoid getting close to her. Mehdi is still waiting for money from his company to come to him in jail; he is unaware that his company has to be shut down.

Zeynep is being followed by Baris as he grows suspicious that she is up to something. Bekir is now the focus of everyone’s aspirations, but suddenly something unexpected occurs.

Bekir is persuaded to testify for Mehdi after some cunning tactics by Zeynep, bringing him closer to being freed from jail, but turmoil is developing within. Zeynep’s future is a concern for Emine after Mehdi is freed. Ozlem starts to be incredibly deceptive.