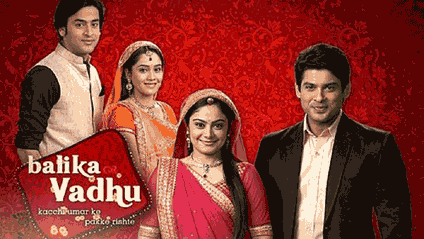 Jagat asks gauri where she went to meet her cousin. She replies she went to Bhopal. Jagat says this ticket is not for Bhopal. Gauri says she couldn’t get the direct flight to Bhopal, so she had to take the flight via jaipur.jagat didn’t satisfy. But gauri says she couldn’t get the tickets because of the holiday season. Jagat asks her about the rest of the tickets to and from Bhopal. Then gauri tells him not to suspect him and she indeed went to meet her cousin and manages to stop jag from asking qs and hugged him.

Anandi is working in her room. When bhairon asks her she says she is looking in net for some developments plans which can be applied in jetsar. Bhairon gives her a form to open a bank account for phooli for her salary. Anandi is haapy and thanked him.

Gauri calls jagat to wake up as it is too late. Some romantic moments of them in front of mirror but suddenly g’s mom comes there to give breakfast and that interrupts their romance.

An envelope comes from university in which anandi is studying. Singh family is excited thinking that it must be anandi’s result. Basant opens that and starts looking at that letter but seems upset (he is acting like that). Anandi tensed and asks him whether she got good numbers or not. Basant asks her good numbers?? And gives a big smile and tells her she scored very good marks in the exam. All r very happy. Bhairon congratulates her for becoming a graduate. basant gives money to makhan to distribute sweets for anandi as she is a graduate now.Anandi gives all credits to the family.

Jagat comes to house and calls gauri. Gauri is not there and he finds a letter of gauri on which it was written to come to room. And in the room again get another one to come to kitchen, then in fridge then in the cupboard. jagat irritated but at last he follows these and goes to the terrace and sees a very romantic atmosphere of candle light dinner. He surprised. Gauri is there in wearing a saree and the “kamarbandh” gifted by him. Jagat is very impressed asks for her parents. Gauri replies they went to mata ki chauki and she wanted see a surprised smile on his face so she arranged this. jagat is very haapy and teases her that if he would have done that gauri would have taunted him about heavy expenses. Gauri is upset and tells him that they should get a personal loan as their expenses will increase. Jagat doesn’t agree and tells her that car’s payment is done and she is getting the financial help from her badepapa(BP) so there is no need of that loan. Gauri again says matter is lil serious. She has stopped taking help from her BP. Jagat upset and asks when it happened. Gauri replies recently. She felt awkward to take help from him as her education is completed. jagat tells her he agrees with her but why does she never think that she should share her decision with him. She is doing many things without informing him. Gauri gets the flash backs of sumitra’s challenge.

At the terrace of JG’s house,

Jagat tells gauri he agrees with her but why does she never think that she should share her decision with him. She is doing many things without informing him. Gauri gets the flash backs of sumitra’s challenge. Then she starts manaofying jagat! She tells him she knows his self-respect and he doesn’t like financial help from others. And badepapa’s help bound to stop. She feeds him. Then she asks him to stop accepting helps from his family too. They don’t need others “ehesaan”. Jagat is happy and he tells her that he wont let gauri to work on extra shifts as she needs rest in this conditions. He will cover that up.

abhisek comes there. basant and anandi give some work to makhan. Abhisek asks shyam’s address. Anandi says a lamda chauda confusing descriptions of the way to shyam’s home. Abhisek confused. Basant tells anandi to go with him to shyam’s house. She agrees.

Abhisek helps varun on walking. Varun stands up and tries to step forward. He is about to fall down but both abhisek and asha manage to save him from falling down. In this process abhisek accidentally puts his hand on asha’s hand. An eye lock between them and anandi notices that.asha feels awkwards and remove her hand. All are happy with varun’s progess. Abhisek asks for another cup of tea. Asha goes to make that. Varun wants to inform jagiay about his health progress but sugna manages to avoid that. Shagun says mausa will be back soon and they will play with him like before!!! varun is happy!! Asha gives the cup of tea to abhisek and he appreciates that. Anandi again notices that and smiles.

Jagat comes home and notices his family photograph on the wall of his room. Jagat is happy. He asks gauri about it. Gauri tells him she thought he would feel good if that would be framed. Jagat emotionally touch that photo and tells her that that picture was taken when all were gone to shitla mata’s temple and share some experience. He emotionally says how dadisa and his family love him. He again thanked gauri. Gauri tells him it is good to remember the nice memories but now they don’t love him anymore. Jagat feels bad and goes to change!

When g’s mom asks g that y she kept that photo in that room as it can create problems. Gauri says the photo will remind him the good days with his family also the bad days. Those bad memories will help to create more distance. She says one more thing; it will not only remind her the challenge of sumitra but also gives strength to fight in the rough phases in her and jag’s relationship. She wants to prove them wrong.

Precap- Nandu is playing cricket with some kids. While a kid is bowling, he put his leg forward and the kid falls down. His parents ask nandu that y he did that. He replied rudely that he didn’t do that. Both kids fight with each other. Basant and gehena notices that nandu is hurt his hand and shocked.