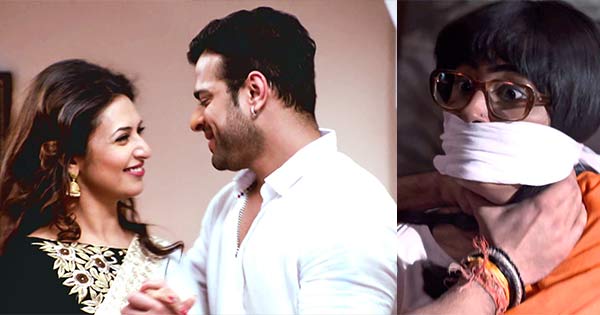 This is Love Teasers November 2018 Indian Drama Star Plus

Weekly/Monthly This is love Teasers

This is Love February Teasers 2019

Raman is in trouble as three men arrive claiming to be Gulabo’s husband. Mihika suspects Romi of having some connection with Gulabo.

Ishita shares her concern for Raman with Bala. Meanwhile, Nidhi questions Pihu in order to gather information about Gulabo.

Raman has a request for Ishita. Meanwhile, Tisha asks Shagun to get information about Gulabo.

Gulabo surprises Ishita when she complains about Raman not being romantic. Meanwhile, Nidhi inspects Gulabo’s bag and finds a clue regarding her identity.

Ishita visits the Bhallas looking for Pihu and gets the shock of her life there.

The Bhallas and the Iyers are worried to learn about Raman’s accident. Meanwhile, Raman suspects that someone had spiked his drink when the inspector arrests him.

Ishita suspects someone of conspiring to separate her from Raman. Meanwhile, she fires Gulabo. Why?

Pihu is sad as Ishita has fired Gulabo. While Raman scolds Aditya for losing the tender, Ishita and Pihu visit him.

Inspired by Ruhi’s idea, Raman visits the hospital to surprise Ishita. Meanwhile, Ishita is shocked to see the hospital records.

Aditya feels that Raman is neglecting his judgment. Meanwhile, Ishita suspects that Nidhi is alive and tries to gather information on her.

Nidhi threatens Mani into helping her leave India. Meanwhile, Ishita finds proof that Nidhi is alive. How will she save her family?

Ishita shares a plan with Shagun to get Nidhi out of her hideout. Meanwhile, Aditya tells Ishita that he forged Ruhi’s signature.

Raman assures Ishita of getting Nidhi arrested. Meanwhile, Pihu replies to a stranger’s messages assuming him to be Raman.

Nidhi learns that the police is looking for her. Meanwhile, Gulab Singh informs his associate about his plan to abduct Pihu.

Gulab Singh abducts Nidhi when she asks him about his motives. Later, she assures Gulab Singh to help him abduct Pihu.

Aditya tells Raman the truth about Ruhi’s signature and apologises to him. Meanwhile, Raman is worried for Pihu on learning about Gulabo Singh.

Vandu gets injured in a car accident. Ishita is shocked to notice Raman’s car number plate. Did Raman cause the accident?

Raman feels guilty about hiding the truth from Ishita. Later, the Bhallas are shocked to see Raman get arrested.

Raman tells Ishita that he wasn’t involved in the accident. But can she prove his innocence?

Ishita gives her statement in Raman’s favour. Later, Madhavi slaps Ishita and breaks her relationship with her.

Santosh advises Ishita to send Pihu away for a while. Later, Ishita investigates the case after finding a new lead.

Madhavi rebukes Ishita and disowns her until Raman is proved innocent. Can Ishita accept her mother’s decision?

Ishita and Mihika save Madhavi. Nidhi confesses about the accident to Madhavi. Later, Ishita and Madhavi reconcile.

Ruhi invites her family members to their company’s product launch event. Later, Aditya insults Ruhi in front of everyone in office.

Ishita is shocked to see Ruhi arrive drunk at the event. Later, Ruhi confronts Aditya for taking all the credit for the product launch.

A drunk Ruhi humiliates Aditya in front of the media. Meanwhile, Shagun feels shattered as she has a bad news to share with Mani.

Raman offers Aditya an independent project as part of Ruhi’s challenge. Later, he accepts the challenge and vows to prove himself better than Ruhi.

Bala gets into trouble after hiring a candidate named Seema. Meanwhile, Ishita takes a decision regarding Aditya and Ruhi’s challenge.

Aditya tries to make Ruhi realise her mistake. Later, a surprise awaits Aditya when he and Ishita leave for Hisar.

Raman and Ishita share a romantic dance together. Ishita praises Raman for his efforts for the family. Later, Raman refuses to attend a presentation at the office.

The local goons and villagers decide to punish Aditya and Aliya for staying together without getting married. Meanwhile, Ishita and Raman head towards Khanpur.

Ashok is skeptical about Ruhi’s overconfidence and challenges her in front of the entire office. Will Ruhi succeed in proving herself?

Ashok and Gagan conspire to sabotage Aditya’s project. Raman counsels Ruhi on the importance of professional ethics and on how to manage her staff better.

Ishita takes care of Aditya. Meanwhile, Ashok is angry with Gagan for failing to stop Aditya from working in the factory.

This is Love 2018  (Yeh Hai Mohabbatein) Indian Drama Star Plus