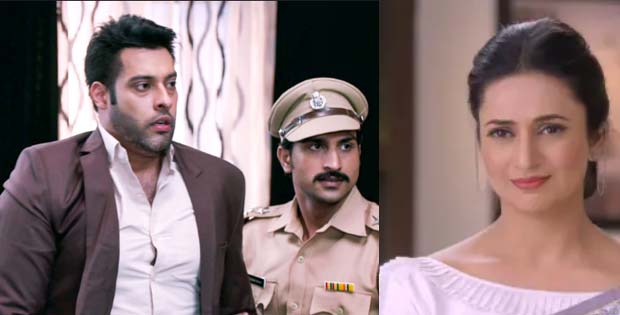 Ashok is adamant to marry Shagun and threatens Ishita and Madhvi. Aditya warns Ashok against marrying Shagun. Will he budge?

Aditya and Inspector Vijay strive to call off Ashok and Shagun’s marriage. However, Ishita is in favour of their court marriage. Why?

Shagun falls unconscious recalling her court marriage with Mani. Ashok attacks Ishita and Aditya when they stop him from marrying Shagun. Will Shagun regain her memory?

Ishita is happy about Shagun’s recovery. Shagun recalls Mani but will she remember the incident of his murder?

Shagun recollects the moments associated with Mani’s murder but she fails to recognise the killer. Ishita and Raman hatch a plan to catch the culprit.

Ishita manages to bail Raman out. While Ashok is adamant about marrying Shagun and taking her to Switzerland, someone is planning to kill Ishita!

Raman hires a guard to protect Ishita while Bhuvan is on a mission to kill her. Will Ishita be able to escape?

The Bhallas caution Ishita to be careful of her attacker. IshRa set out to gather evidence against Mani’s killer, while Ashok discovers a secret!

The Bhallas rescue Shagun when Ashok attempts to kidnap her. The shooter, Bhuvan sets out to kill Ishita.

Ruhi learns that Taneja is Mani’s murderer. He kidnaps an injured Ishita. What is his next plan?

Ishita questions Taneja regarding Mani’s murder and manages to escape from him. Will she be safe?

Raman gets Taneja arrested and rushes an injured Ishita to the hospital. The Bhallas request Shagun to stay back, while Param visits the family.

The Bhallas are happy about Ishita’s recovery while Raman takes care of her. Ruhi and Shagun doubt Rani’s affair with Mani.

The Bhallas are overwhelmed to see Mani alive and welcome him home. What had really happened to him?

Ruhi celebrates Riya’s birthday while Nikhil, disguised as a magician, entertains the children. Aliya and Aditya are happy to mend their relationship.

Riya gets stuck in the lift along with Nikhil, Ruhi and her friends. She begins to have a claustrophobia attack.

Ruhi is worried about Nikhil as he is injured. Raman and Ishita suggest Bala to start a new journey with Kiran. Will he agree?

Ruhi takes care of an injured Nikhil. She shares her feelings with him and is keen to know about his past.

Ruhi tells Ishita about her feelings for Nikhil. She later stops Nikhil from telling her about his past relationship.

The Bhallas meet Riya’s mother. Ruhi learns about Nikhil and Pooja’s break-up after their marriage. Will Ishita find out about Nikhil’s past?

Ruhi is shocked to learn that Riya is Nikhil’s daughter and informs him about it. Furious, Nikhil confronts Pooja for hiding his daughter from him!

Nikhil confronts Pooja for keeping him away from Riya and strives to win her custody. Will Riya learn that she is Nikhil’s daughter?

The Bhallas get the thief arrested. Raman disapproves of Nikhil and Ruhi’s affair.

Raman convinces Pooja that Ruhi is not Nikhil’s girlfriend and warns Nikhil. Is Nikhil hiding something?

Madhu agrees for Bala’s remarriage. Ruhi breaks down thinking Nikhil is a fraud. Will she move on?

A panic-stricken Pooja visits the Bhallas and tells that Riya is missing. Pihu lies to them about Riya’s whereabouts. Where is Riya?

Raman reprimands Ruhi for visiting Nikhil’s house and wants them to stay away from each other. Will Ruhi be able to convince him?

Ishita stops Raman when he tries to separate Ruhi and Nikhil. Elsewhere, Shravan is disappointed to learn about Bala and Kiran’s relationship.

Ishita becomes suspicious when Shagun tells her about Pooja’s sister. Ruhi slaps Nikhil after overhearing his conversation with another girl.

Seeing Ruhi in a dreadful condition, Ishita attacks Nikhil. Raman and Bala are dumbstruck when they arrive at the bachelor party.