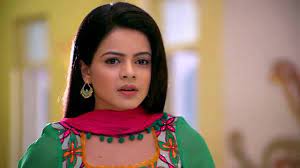 Balvinder is injected with poison by an intruder in Burkka!

Bihaan’s lawyer asks him to put false allegations against Bau Ji to win the case. This angers both Thapki and Bihaan. Meanwhile, a mysterious person is seen following Bihaan. In the court, Thapki comes forward as Bihaan’s lawyer to fight the case.

Thapki dons the role of a lawyer and defends Bihaan in court. Vasundhara gets angry with her and vows to punish Bihaan for trying to murder his father. Having sought time from the Judge, Thapki searches for evidence to prove Bihaan’s innocence.

Thapki reconstructs the events that lead to the near death of Bihaan’s father and finds evidence in support of Bihaan’s innocence. The question is, will the court pass it’s verdict in favour of Bihaan? Who is the real murderer?

Despite the charges of attempt to murder being dismissed by the court, Vasundhara refuses to forgive Bihaan. Later, Thapki gets a letter from an anonymous person regarding the evidence to prove Bihaan’s innocence.

Thapki is attacked by an anonymous person when she goes to collect evidence in support of Bihaan’s innocence. Bihaan arrives at the scene in time and saves her. However, the only piece of evidence they get is the sandal worn by the assailant.

An intruder in a burkha injects Balvinder with poison, while the guards and everyone else are distracted by bursting fire crackers. As his condition deteriorates, Thapki prepares a cake as she feels it could save him.

While Balvinder battles for his life, Thapki notices footprints on the hospital floor and informs the family about Balvinder’s medicine being tampered with by the intruder. Yet, Dhruv is sceptical of her claims.

Vasundhara forbids Bihaan from attending the puja at home. Distraught, he enters Balvinder’s room and grooms him for the puja. Later, Thapki and Bihaan painstakingly search for the CCTV camera footage that could reveal the identity of the intruder.

Thapki and Bihaan acquire the security footage that could prove Bihaan’s innocence. However, they are chased by some goons who try to swipe the evidence. Bihaan fights back, but is arrested by the police.

Shraddha tries to break the DVD that holds the evidence that could acquit Bihaan. Later, Thapki gets paranoid when she receives a call from a stranger, demanding the DVD in exchange for the antidote to the poison given to her father-in-law.

With the DVD containing the evidence of Bihaan’s innocence in Shraddha’s hands, Thapki meets Bauji’s assailant hoping to trick him into giving her the antidote by providing him with a fake DVD. Back home, Dhruv happens to come across the actual DVD.

With the DVD containing the evidence of Bihaan’s innocence in Shraddha’s hands, Thapki meets Bauji’s assailant hoping to trick him into giving her the antidote by providing him with a fake DVD. Back home, Dhruv happens to come across the actual DVD.

With the help of Suman bhabi, Thapki secures the antidote which can save Bauji. Having seen the DVD about Bauji’s attack, Dhruv tells Vasundhara that Bihaan is innocent. Later, upon learning that Thapki is in trouble, Dhruv goes to save her.

Thapki and Dhruv are chased by some goons for the DVD, but fortunately they don’t get caught. Bihaan’s hearing starts without any sign of Thapki, however, she arrives just in time to submit the DVD evidence in the court which will acquit Bihaan.

The assailant who tried to kill Balvinder earlier, confesses his crime and threatens to kill Thapki by holding her at knifepoint. Bihaan rescues her and hands him over to the police. Later, Vasundhara appreciates Thapki for reuniting the family.

The Pandey family plan a party and play karaoke when Thapki stammers during her song, but Bihaan urges her to carry on singing. During the party, Balvinder notices Thapki’s stole on fire and struggles to warn her. Will he succeed in his attempt?

Seeing Thapki’s stole on fire, Bauji manages to call out her name and Bihaan saves her after hearing him. The family is elated as this accident was intentionally created to induce Bauji to utter her name. Later, Bihaan confesses his love to Thapki.

Lost in love, Bihaan pesters Thapki to respond to his romantic efforts. Unhappy with their closeness, Shraddha tries to poison Thapki’s mind by bringing up Bihaan’s past, but, Preeti hears their conversation and plans to teach Shraddha a lesson.

Bihaan is grouchy as Thapki hasn’t given him a proper reply after he confesses his love to her. Meanwhile, Savitri and her daughter Sheena visit the house to meet Balvinder and the whole family is ecstatic upon their arrival.

Vasundhara and Dadi discuss with Thapki the conditions under which she got married to Bihaan. They tell her that she’ll get freedom from him only after he marries someone else, like Sheena. But it’s a plot to bring out Thapki’s real love for Bihaan.

Thapki gets jealous when Bihaan teaches Sheena how to use a catapult and makes him teach her again. Meanwhile, Shraddha despairs over her face and wickedly informs Dadi, the reason for Bihaan’s fake marriage. She plans to reveal the truth to Thapki.

Thapki’s growing jealousy of Bihaan and Sheena’s relationship culminates in Thapki putting herself in a tight spot when Bihaan’s admiration for Sheena’s dressing style drives her to emulate it to less-than-acceptable results.

While the Pandeys try to get Thapki to confess her love for Bihaan by talking about his marriage to Sheena, Dhruv disapproves of their plan. Later, when Bihaan talks about her being affected by Sheena, Thapki almost confesses her love for him.

Thapki lacks the courage to confess her love to Bihaan, regardless of numerous ideas from the Pandeys to help her. Finally, as a last resort, Dadi tells Thapki that Bihaan and Sheena’s engagement has been fixed.

Bihaan is taken aback seeing the family members preparing for his engagement with Sheena. But to everyone’s surprise, he agrees to the engagement. Hearing this, Thapki storms off distressed. Later, Bihaan reveals that he knew it was a prank.

Thapki has to face another ultimatum because of Bihaan. Sheena first taunts Thapki, but later genuinely questions her about her feelings for Bihaan. And what important fact does Shraddha have to reveal to Thapki?

Thapki is confused about taking a final decision regarding her relationship with Bihaan. Desperate, she seeks Bauji’s advice who tells her to follow her heart. What will she do?

Thapki has no choice but to let Bihaan sleep on the same bed after he spills water on the couch. Later, Bihaan is trying to muster up the courage to give Thapki a hug after being taunted by Sanjay. Will he be brave enough to hug Thapki?

The Pandeys sneak up on Thapki and Bihaan, but slip up, causing awkwardness. The family splits into two, trying to appease them. Later, Thapki and Bihaan find themselves alone, but end up fighting. Thapki apologizes on radio, but Shraddha hears it.

Shraddha tells the family that Thapki will be making a song request dedicated to Bihaan on Wow FM. Excited, everyone listens to the radio, but RJ starts making a mockery of Thapki’s stammering. Bihaan goes and meets the RJ to teach him a lesson.

Vasundhara goes to Wow FM studio to confront RJ Rahul for mocking Thapki. She is shocked to see Shraddha with Rahul and learns it was Shraddha who planned to make fun of Thapki. Vasundhara punishes Shraddha who vows to take revenge on the former.

Thapki modulates her voice and calls Bihaan to find about his affection for Katrina. She convinces Bihaan that she’s Katrina and sets up a meet in a park. Later, Vasundhara finds Dhruv and Thapki’s wedding invitation and reminisces her actions.

When Shraddha comes to tell Dhruv about Vasundhara’s truth, she realises that he would not believe her. Instead, she decides to make Vasundhara confess. Later, Shraddha tells Vasundhara that she eavesdropped on her conversation with Thapki.

Vasundhara is plagued by the guilt of breaking off Dhruv and Thapki’s marriage. Thapki advises Vasundhara to come clean in the house temple, but Shraddha leaves the mike on, making everyone in the house hear Vasundhara’s confession.

Though Vasundhara apologizes for her wrong doings, Dhruv does not show her any sympathy. He shouts at Bihaan for supporting his mother. Later, Dhruv proceeds to burn his childhood playthings.

Struck by guilt and sadness, Vasundhara sits in solace in the mandir. Thapki and Bihaan stand by and give her strength. Later, Thapki pleads Dhruv to forgive his mother, but in vain.

Balvinder orders Vasundhara to leave the house and refuses to listen to Thapki when she tries to plead for mercy. Dhruv too disowns his mother. Shraddha offers to take her to her father’s house, but her motives are as selfish as ever.

Bihaan gets irked when Daadiji hands over the keys to Thapki. Meanwhile, Shraddha fools Vasundhara into doing household chores. Later, Thapki purposely adds salt in the sweet to make Daadiji realize how perfect Vasundhara was with her duties.

Made to wear the maid’s clothes, Vasundhara thinks of the time she ill-treated Thapki. Jealous that Thapki has been given the keys of the Pandey house, Suman and Preeti accidently set a beehive loose upon the family while trying to impress Daadi Maa.

Seeing his mother, Vasundhara dressed in maid’s clothes causes Bihaan to lash out at Shraddha. Later, Thapki and Bihaan plan to get the Pandey family back together and head to the zoo. They ask Shraddha to bring Vasundhara along with her.

After Thapki and Bihaan’s attempt to bring their parents together, fails, the family gets a rude shock when a gorilla escapes from the zoo and breaks into their house. Thapki sits inches from the monster as he tries to communicate with her.

Thapki’s presence of mind helps the zoo authorities tranquillise and contain the gorilla. Meanwhile, Vasundhara has to go through more humiliation when Shraddha makes her dress up like a clown to entertain some guests.

Thapki goes to meet Vasundhara and is angered to see her being treated as a servant by Shraddha. Meanwhile, Bihaan and Thapki try to justify that Balvinder sending Vasundhara out of the house is unfair and asks him to forgive her. Will he agree?