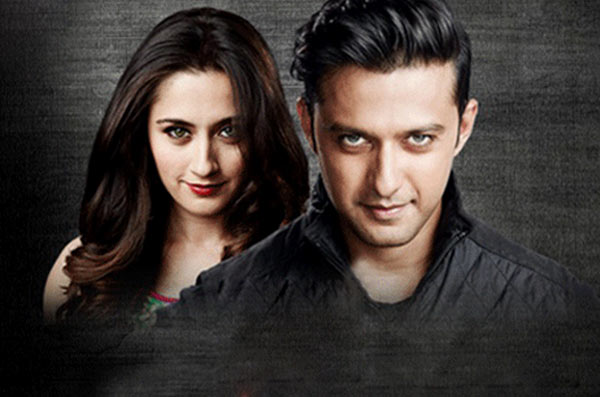 Durga tends to Payal when she encounters an attack. Meanwhile, Mr. Rajnath Goenka donates money to Mr. Das for Durga puja, and wishes to make the first offering. However, Mr. Das informs Rajnath that the management wants Durga to do the same. Will Mr. Rajnath accept the management’s decision?

Dr. Dayal, who wants to bring Shaurya to justice, informs his daughter, Durga, to befriend the Goenka family. Later, after sending a friend request to Durga, Shaurya decides to take her out for lunch. Meanwhile, Dr. Dayal invites Rajnath for a party. Will Rajnath attend it?

Shaurya sends a bouquet to Durga, but fails to receive a response from her. The Goenkas arrive at Dr. Dayal’s party, where Durga recalls the moment Shaurya was declared innocent in court. At the party, Shaurya wishes to dance with Durga. Will she grant his desire?

At the party, Shaurya assaults a journalist, who claims he is a rapist. Later, Sakshi learns that Dr. Dayal paid an artist to disguise as the journalist. A video footage of the incident is telecasted across channels. Who circulated the video?

Durga stops Shaurya from seeing Payal during her outdoor therapy. However, on hearing Shaurya’s ringtone, Payal recalls his misdeed against her. Rajnath threatens Chaudhary to cancel the cancer hospital deal with Dr Dayal. Meanwhile, Sakshi learns about the impostor’s identity.

Sakshi reveals Arun Mukherjee’s identity to Shaurya. On learning the same, Durga asks him to escape. After seeing Payal’s photographs, Sakshi assures Shaurya that she will protect him. Meanwhile, Shaurya takes Durga around the Goenka group of companies. Will Shaurya learn about Durga’s truth?

Rajnath decides to acquire his sister-in-law, Suchitra’s land for Dr Dayal’s cancer hospital. Rajnath and Sakshi try to convince Suchitra to handover the land. Meanwhile, Durga recalls the Goenkas’ and Navi Mathur’s misdeeds. Will Suchitra agree to give her land?

Dr Dayal arranges for Navin Mathur and Mr Chaudhary’s meeting. In the meantime, Durga, who wants Sakshi to head the hospital project, tampers with the security alarms in Shaurya’s office. As the employees rush out of the building, Durga tampers with Navin Mathur’s computer. Will she be caught?

Durga manages to escape from Sakshi. Later, Sakshi notices a wound on Durga’s hand, and asks Shaurya to tend to her. Meanwhile, an anonymous email accuses Sakshi for giving wrong medicines to Payal. Sakshi learns Payal has been discharged from the hospital. Who helps Payal?

On learning Payal has been discharged from the hospital, Navin Mathur instructs Sakshi to find her. Meanwhile, in a bid to get intimate with Durga, Shaurya drugs her in a disco. Later, he picks up a fight with a stranger, who had asked Durga for a dance? Who is the stranger?

Police raid the nightclub, and take Shaurya and Durga into custody. They accuse Shaurya of drugging Durga, but she defends him. Rajnath and Sakshi are furious at Shaurya for his behaviour. Meanwhile, Sakshi learns the email was sent to her from Navin Mathur’s computer. Will Durga be exposed?

Durga sneaks into Navin Mathur’s house and places an envelope, containing the photographs, under a pillow. Later, Shaurya visits Mathur’s house and discovers the envelope. Sakshi and Rajnath find out about the same. Meanwhile, Mathur finds Durga near his house. Will she mislead him?

Shaurya places a bet of Rs 10 crore with Karan about Durga’s decision over his wedding proposal. In the meantime, Durga receives a memory chip, containing a video footage of Raima and Rajnath’s intimate moments. Later, Durga befriends Raima. Will she disclose Rajnath’s truth to Sakshi?