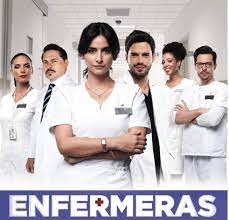 Lucero has a heart attack. Fernando reassures lvaro so that the other physicians may continue even though he is unhappy and wants to help.

Carlos informs his father that he is quitting his job and going to school to focus solely on his company.

Valeriano had a heart attack, delaying Carlos’ intentions to take Andrea and her father to the game.

Since he is aware of how an addict may act, Bernard cautions Garnica that it is best for him to be cautious of his son.

Lvaro notices that Felipe has a fever, so he rushes him to the hospital.

Claudia is fatigued and yet unable to concentrate. Her coworkers assist her with her duties, but she can’t help falling asleep.

Danilo informs Mónica that she will not stop taking care of Elisa.

Agustín and Victoria discover Andrés in his room with a lot of drugs. An angry Agustín demands that Andrés perform a toxicology test.

Mateo suggests to Andrés that he should agree to undergo therapy.

Andrés explains the withdrawal symptoms to his psychologist, and that he is anxious about the pressure put on him by his parents.

As soon as Vanessa wakes up she feels upset about her appearance, so she receives a visit from a psychologist.

Danilo must pay for the extra care that the hospital has given his wife, but he no longer has the support of his wife’s family.

Just when Danilo was thinking of selling the wedding rings, he receives a call from a doctor who is interested in buying the truck.

Danilo faints and falls down the stairs. He suffered a blood sugar drop and now has amnesia.

The toxicology test is negative and Andrés gains his parents’ trust to leave the house, but he goes partying.

Ema wants to leave the hospital and does not accept having the transplant done.

Andrés goes into cardiac arrest and remains in the intensive care unit.

Claudia returns to the hospital and notices Sol Angie. Elisa enters a critical state, to the point of brain death.

Andrés cheats on Nelly and escapes from his father’s office. Walking through the corridors, he sees the opportunity to steal Maleja’s computer.

McKenzie receives an apology from Victoria in front of hospital staff. When the meeting ends, they ask him to replace Dr Garnica.

McKenzie visits Dr Franco, tells him about his symptoms and asks for his opinion on his condition.

Helena has found a job in Spain, but learns that she cannot take Candelaria with her.

Lucero has a heart attack. Fernando reassures lvaro so that the other physicians may continue even though he is unhappy and wants to help.

After learning that Beatriz has Lyme illness, Carlos assures her that he won’t be separated from Simón.

Victoria relapses and bounces back, but Nelly dies when the treatment doesn’t work.

When Carlos is giving his presentation, Mara Clara unexpectedly walks into the audience. She informs him that she earned her Master’s degree.

The university accepts Valentina. As a surprise, Andrés shows up at her place and joins her and the kids for ice cream.

Coming up next – Nurses season 3 continues from 13th February 2023