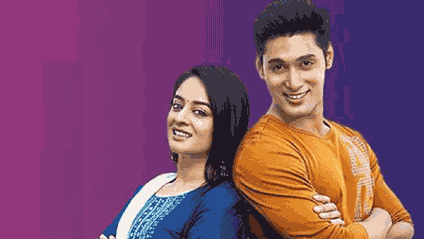 Village people are saying Anandi is wrong in this matter and that they should beat the woman to find out the whereabouts of the missing child. Basanth is not able to control them and Anandi comes in telling them all to stop. She is here with the child and everyone is estatic in finding him, he says he was hiding in the roof and he fell asleep. She asks them how dare they do this to a innocent person without any evidence, she continues that what gave them the right to take the law into their own hands, the village people are not answering and looking at the floor. She continues that the village people are good for words and nothing else when the time comes they turn on each other.
Anandi tells everyone who the lady is and who her father is, everyone is shocked hearing this. She continues that she was a Bal Vivah and was the victim by her sasuraal they used to physically abuse her all the time and it got worse when her parents passed away. She then tells how her husband married a second time so that they could get a child, they tried to get her killed by setting her on fire.
Anandi asks why people are looking scared as they were the first to throw the stone at their own relation, no one is able to answer, her own uncle and aunt did not accept her when she came looking for help in the village. She asks the uncle and aunt that they already knew who she was but all this time they said nothing to come to her aide, this is all because they didn’t want the land that belonged to her brother to be taken away from them, only because she is not her own daughter. Nobody thought to think what this woman might be going through or what brought her to this place, she spoke to children to bring her happiness and peace but everyone took this the wrong way.
Anandi continues that the lady is no dayan and is a normal person like everyone, she states that the lady needs medical attention and needs to be taken to the hospital. She says a final work to the village that he is deseating from the position of Sarpanch. She does not want to be the Sarpanch of a village that don’t even listen to her and conduct such inhumane acts
In Mumbai, Gauri reads some magazine. Jagat comes there and makes her laugh. Gauri smiles and tells him she wants to cook something for him. Jagat tells him to take rest, and that he will cook instead. He starts to make biryani while Gauri stands next to him. Both do some masti while cooking.
In Jetsar, Lal Singh treats Bhoori. Lal Singh tells Anandi that she is physically going to be ok, but mentally she needs a lot of support. Anandi goes to Bhoori and tries to console her. She tells Bhoori and forget everything and start life afresh. She has planned a lot of things for Bhoori. Some village women come to meet Bhoori with prasad. Anandi doesn’t speak to them but thinks that its a good thing that villagers are changing their attitude towards Bhoori
At the haveli, the panch members come to meet the Singhs. Anandi returns home and sees them. They ask her why she resigned from sarpanch post. She says she didn’t leave. She was asked to leave. She points at some panch members and say that they made her leave. She is disappointed in their behaviour. They are not ready to listen to her or support her in her cause.
She may not have enough experience, but she is not any less than them in her thoughts regarding villagers’ progress. One of the panch members tells her that they have always resisted her revolutionary thoughts but in the end they always support her. They apologise to Anandi and tells her to forgive them.
Anandi says she needed them and their support last night when people were questioning her age and experience. She says everytime she has needed them in the past, they have always deserted her. She reminds them of all instances from the past when they did not support her (education, swamiji, asha, phooli case, kidnapping etc) Without panch’s support everytime she is made to stand alone and fight. She is after all human and she is heart-broken every time this happens. During every such trial she looks to someone atleast to support her, but unfortunately everyone is only willing to accuse her, not support her.
Bhairav consoles Anandi. The panch members again plead Anandi to forgive them. Bhairav indicates that she should do so. Anandi relents.
Jagya is looking for something and finds Gauri’s ticket to Jaipur and is puzzled. He goes to Gauri and asks her where she went. She lies that she went to Bhopal
Precap : Gauri says she didn’t get a direct flight to Bhopal, so she had to fly via Jaipur. Jagat asks her for the rest of her tickets to and from Bhopal.