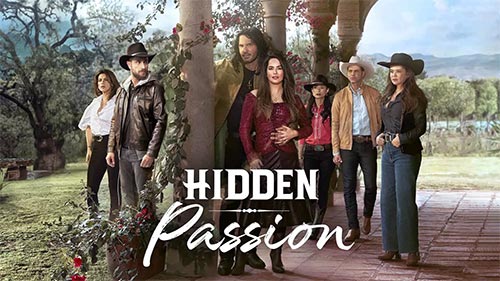 When Norma and Juan, who brought Franco back home, arrive, tensions are high.

If his family is aware that he has returned, Franco enquires. He should prepare for a reunion with his wife and kids, according to Norma and Juan.

Franco longs to see Sara and the kids but feels as like he is still in a nightmare and worries that his wife would criticize him for his errors.

When Duván gets to Scar’s house, he adds the substance that Romina provided him to one of the pastries that Berta serves them.

Norma tells Franco that the only thing his family needs is him, while his grandfather advises him to look for his family.

Norma tells Sara to come home with her children, but Sara asks for more time because they have several problems at the farm.

Franco hears Gaby’s screams. Demetrio is about to attack her. Franco stops him and beats him unconscious.

Sara is shocked to find herself face to face with Franco after so many years.

Franco asks Sara for her silence. She advised him to stay away from the man who was advising him on business, but he ignored her.

Muriel is intercepted and taken to her father’s ranch while she was on her way to meet Juan David.

Juan David tells his parents that he fled with Muriel after the attack by Samuel Caballero’s men.

Franco wants to be close to Andrés and meets Rosario at Bar Alcala.

Jimena and Oscar worry about Duvan’s security. Despite being in terrible shape, Romina waits for them.

Without consulting Juan, Norma defends her son and assumes command of the conflict with Samuel Caballero.

Adela and Pedro turn over the footage that incriminates the twins to the police, who then detain them.

Rosario approaches Juan David and threatens to divulge where he is hiding with Muriel.