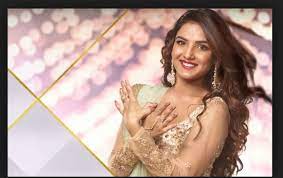 Episode 61
Shaan offers a second chance to RV and Happy by inviting them over to his party, while RV comes up with a wicked plan.

Episode 62
RV searches for proof while Happy and Shaan shake a leg at the party. Later, RV’s absence from the business meeting makes Shaan curious.

Episode 63
Happy and RV try hard to prove Shaan’s identity, but are shocked to know the DNA result. Meanwhile, Rocky and his mother have an emotional meet.

Episode 64
Shaan comes up with a master plan while Sania attempts harder to seduce him. Later, Happy traps Shaan as RV tries to catch him red-handed.

Episode 65
RV is smitten with Happy’s kind gestures while Bhatia’s insecurity irks Sania. Later, she does the unthinkable when a waitress tries to get close to Shaan.

Episode 66
Happy is shattered as Shaan purchases her hotel and breaks down in front of RV. Later, Shaan flirts with Sania in order to expose RV.

Episode 67
Anaya is taken by surprise when RV calls her after two years. Later, Shaan takes Happy on a tour of his newly-acquired hotel.

Episode 68
Happy and Shaan get embroiled in a spat after she resigns from the hotel. Later, Shaan aka Rocky gets restless on learning that she is leaving Amritsar.

Episode 71
Shaan is delighted when Happy supports his brother while RV remains perplexed. Later, she takes an unexpected step when Shaan tries to get romantic with her.

Episode 72
Fed up with Shaan, RV fights him while Happy accidentally yells out Rocky’s name. Later, she confronts Shaan about his real identity.
Monday 7 March 2022

Episode 73
RV is shocked by Anaya’s sudden visit. Later, she asks  for Happy’s help to plan a surprise while Rocky receives some unexpected news.

Episode 74
Anaya is shocked when RV confesses his feelings for Happy in front of the guests. Later, Rocky executes his plan and makes Sania drink alcohol.

Episode 75
Sania plans to destroy the evidence to prove Rocky’s innocence while Anaya is suspicious of RV and her father. Later, Simmi tells Rocky a shocking truth about RV.

Episode 76
RV apologises to Anaya while she rebukes him. Elsewhere, Shaan reveals his identity to Happy and tries to prove his innocence.

Episode 78
Happy isn’t convinced of Rocky’s innocence while RV threatens him to stay away. Later, Rocky puts his plan against Ranvir into action.

Episode 79
A frightened Ranvir informs RV about the blackmailers. Later, RV and Happy are shocked after Anaya questions them while Rocky plans his next move.

Episode 80
Ranvir threatens to kill Rocky and Happy and reveals the truth behind Smiley’s molestation. Elsewhere, RV struggles to book a flight to Amritsar.

Episode 81
Happy feels guilty about hurting Rocky. They have a romantic moment together. Later, a scared Smiley runs away from Rocky but falls into Ranvir’s hands.

Episode 82
Ranvir threatens to kill Rocky while RV does the unthinkable. Later, Rocky lands in the hospital where a concerned Happy worries about his condition.

Episode 83
While RV is concerned about Happy, he receives unexpected help to file his release papers. Elsewhere, Rocky is discharged and meets Smiley.

Episode 84
Rocky dislikes Happy’s concern for RV while he mourns the loss of Ranvir. Later, an enraged Sania and Happy get into a physical disagreement.

Episode 85
Bhatia has a plan to help Sania while Rocky is irritated with Happy’s behaviour. Later, Simmi is caught in a dangerous situation.

Episode 86
Happy is surprised by Rocky’s gesture while RV desperately tries to call her. Later, Rocky decides to tell Happy that he loves her.
Monday 14 March 2022

Episode 87
Madhu feels disappointed in Rocky who later vents his anger on Happy. Elsewhere, RV scolds Anaya when she pays him a visit.

Episode 88
A possessive Rocky thrashes RV after he tries to get close to Happy. Later, she consoles an injured RV while Rocky is disappointed.

Episode 89
Happy’s mother wants her to start a new life with Rocky while a masked Sania attacks her. Later, a violent Rocky storms Bhatia’s house.

Episode 90
In a bid to save Rocky, Happy unwittingly comes in front of a moving vehicle. Later, her condition gets critical, which leaves everyone worried.

Episode 91
Happy remains in the ICU while Sania threatens to shoot the police. Later, a drugged Sania blurts out a shocking truth in front of Anaya.

Episode 93
RV threatens to kill Grover and compels Anaya to write a suicide note. Elsewhere, Rocky helps an injured Happy get ready for the office.

Episode 94
Anaya manages to escape from RV’s house while Grover is heartbroken. Later, RV does the unthinkable as Happy comes to Anaya’s rescue.

Episode 95
Happy feels guilty for Anaya’s alleged suicide while Rocky is unable to help her. Meanwhile, RV sets his plan in motion.

Episode 96
RV appoints a gunman to shoot Rocky but Kulwant gets shot instead. Later, Happy goes missing from the hospital.

Episode 97
Sandhya is shocked as Happy decides to leave the country while Rocky remains distressed. Later, the police accuse Happy of an unthinkable crime.

Episode 98
Some women torture Happy in jail. Later, she proposes to RV after he does the unthinkable to secure her bail.

Episode 101
RV and Happy get married after she takes a bold step. Later, Rocky breaks into the RV’s house and fights him while Happy looks on helplessly.

Episode 102
After Happy returns home at midnight, RV does the unthinkable. Later, he plans a surprise for her while Sandhya and Rocky are rude with Madhu

Episode 103
An infuriated Rocky attacks RV after he misbehaves with Happy. Later, a furious Sandhya slaps RV on witnessing an injured Happy.

Episode 104
Happy plots to punish RV while Grover berates him. Later, RV apologises to Happy and her mother and asks Happy to accompany him on a trip.

Episode 105
Rocky spies on RV and Happy when they leave for their honeymoon. Elsewhere, Madhu and Sandhya get into an argument regarding Happy’s character.

Episode 106
RV spikes Happy’s drink during their dinner date. As he later tries to get intimate with an unconscious Happy, will Rocky come to her aid?

Episode 107
Rocky gets RV arrested while Happy goes missing in a forest. Later, the cops call Rocky to identify a dead body.

Episode 108
RV is sentenced to death after the police confirm Happy’s dead body. Elsewhere, a shattered Rocky is inconsolable.

Episode 109
Rocky and his family mourn Happy’s death while she feels guilty for fooling them. A few years later, Happy aka Khushi is leading an exciting life in Mumbai.

Episode 110
Khushi makes a brave attempt to save the people at the airport from the terrorists. Later, Honey sneaks into her house to escape from his cruel mother.

Episode 111
Khushi aka Happy is heartbroken when Sandhya loses her memory. Elsewhere, Harleen creates a scene at the police station while a couple plans to kidnap Honey.

Episode 112
Happy is arrested after a scared Honey gives a statement against her. Later, she lands into trouble when the police begin their investigation.

Episode 113
Happy is relieved when a mysterious couple supports her at the police station. Later, Rocky demands that Honey confess the truth about the kidnapping.

Episode 114
Honey shares his concern with Khushi while Rocky is on a secret mission. Later, Harleen scolds Honey when she spots him talking on phone.
Monday 28 March 2022

Episode 115
A terrorist enters Honey’s school disguised as a teacher. Later, Khushi pays him a surprise visit, unaware of the imminent danger.

Episode 116
Khushi defends Minu when she is accused of murder while Rocky gets a vital clue about the terrorists. Later, Harleen’s unexpected move infuriates Rocky.

Episode 117
Rocky reaches Ratan’s building in search of some terrorists. Khushi too rushes to the same spot. Will they come face-to-face?

Episode 118
A concerned Khushi struggles to save Sandhya from Kabir’s attack after admitting Rocky to the hospital. Later, Rocky thanks Honey after regaining consciousness.

Episode 120
Khushi panics when she notices Rocky at her office. Later, she learns a shocking piece of information about Honey.

Episode 121
Rocky gets information about a live bomb, while Kabir secretly plants a camera in his room. Later, Honey plans a surprise for Khushi at his school.