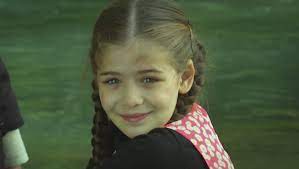 Umit discovers Arzu’s secret and the reason behind her bizarre behavior. Selim surprises himself by learning that the man knew Kenan as he gives the money to its proper owner. Everyone needs to start putting in more hours, Cevahir tells Melek.

Murat asks Ayla to leave him alone, so she makes a fairly bold choice. Umit wants Arzu to concentrate on him and their relationship. Elif starts to get a severe fever.

With Ayla’s survival, Latif is prepared for battle. Murat learns the key information. Will Gonca be able to recall anything when she finally gets to see Doruklar?

Murat is saved by Erkut from Latif, but he is not satisfied with the agreement he made with Erkut. Erkut is questioned by him on the reported arson. Melek receives a surprise announcement from Bahriye that they must go.

While Gonca experiences glimpses from her past, Yusuf resolves to give Bahriye a piece of his mind. Ayla is happy, while Murat is having wedding jitters.

Melek doesn’t know what to do about Elif’s severe illness. Yusuf chooses to buy a home. Working on a clever scheme to enrage Melek is Bahriye.

The tables turn on Arzu. The Emiroglus find a new home. Residents in the neighbourhood worry about Yusuf’s return.

Ayla is enjoying the married lifestyle with her new husband. Leyla discovers a truth from her past. Arzu has plans to buy a new shop.

Yusuf is very emotional being in his old house. Bahriye wants to be the manager at the factory again. Zeynep decides it is time to work and earn money.

Zeynep is going through a terrible time and Cehavir is worried about the consequences. Will Veysel trick Selim? Murat is getting tired of Ayla.

Selim and Yusuf are set on making Cevahir pay for his negligence. Meanwhile, Elif accidentally hears some very helpful information.

Everyone is very worried about Zeynep after the accident. Cevahir seeks financial help from Arzu. Leyla overhears an interesting conversation.

Yusuf tries his best to get Melek out of her work contract. Cevahir finds himself in a sticky situation. Hulya pulls out all stops to tell Leyla that Yusuf is still single.

Melek tells Aliye and Selim about the contract she signed for work. Arzu sells some shares to save the factory from closing. Zeynep’s hands have healed and her bandages are removed.

The workshop gets closed down and Yusuf is to blame, but is he the one who stopped Arzu’s plans? Ayla attempts to persuade Murat to join the family business.

Asuman tricks Gonca into admitting that she can remember everything. Yusuf’s bookshop is vandalised. Murat has a brand-new job.

Gonca and Asuman work on a plan to get revenge on Erkut and Arzu. Murat informs his family he got a job but has no idea his wife arranged it. Yusuf suspects Cevahir destroyed his shop.

Gonca is on a path of destruction. Meanwhile Leyla is still lovesick and Elif and Inci discover a ghost living among them.

After Gonca’s gift, Arzu is angry. Erkut asks Latif for assistance in identifying the offender. After Vedat kidnaps Sitare, Selim steps in to save her. Layla desires to express her feelings to Yusuf.

Tulay is the one rushing around when Ayla chooses to hold a bridal celebration for her friends. Arzu is pushed to her utmost by Cevahir. Sitare is beginning to feel a lot more protected by Selim.

With Sitare, Selim finds himself in a challenging circumstance. Leyla requests an outfit from Melek. Gonca pleads with Arzu to return her.

Zeynep is annoyed that Sitare is still in the Emiroglu residence. Cevahir gives Melek a startling phone call to inform him that there will be major changes to the workshop.