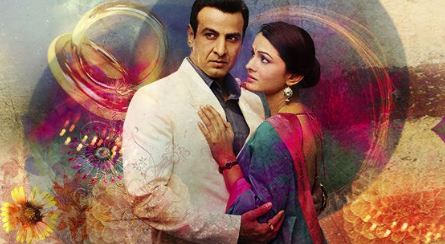 Do not love me so much Full Story, Cast Indian Series on Ebella Tv

This is the story of Neil and Ragini who meet each other after 15 years on the occasion of their daughter’s wedding.Years have passed but they have not been able to reconcile their differences and have immense hatred for each other .Despite the animosity, they come together for the well-being of their kids.The show explores the universal truth that ‘husband and wife can divorce each other but, parents can never separate’

Plot / Full story of Do not love me so much

This show starts with the story of Ragini Patel who is a divorcee and lives with her two children Nishi, Aarav, her mother Asha, Bakula Nani (Asha’s mother and Ragini’s grandmother) and Sunny tai (her maid). Ragini is a very strong and independent woman who works in a hospital as administrative head under the hospital owner Dr. Aman Malhotra.

Dr. Aman is shown to be a very confusing man, he always gets confused and takes Ragini’s advice on almost everything. He loves Ragini.

Dr.Neil (Nachiket) Khanna, who is Ragini’s ex-husband, lives in New York City with his three children Ranbir, Agham, Suhani and his sister Pam. Neil and Ragini have divorced because of a misunderstanding. Aarav, Jignesh Shah (Nishi’s would be husband) and Nishi find out that Neil lives in New York City. Later Nishi decides that she should call her father on her marriage.

Later it is found that Dr Neil is Nachiket Khanna. After that their children Aarav, Agham, Nishi, Suhani and Ranbir try their best to solve the misunderstanding between their parents. Then enters Nivedita Basu, who is Pam’s friend and is shown to be very selfish. It is revealed that Suhani is Neil’s adopted daughter and Nivedita’s sister Rupali is Suhani’s mother. Rupali is Neil’s ex-girlfriend. Ragini misunderstands that Suhani is Rupali and Neil’s daughter and divorces Neil. Suhani is Rupali and Ronnie’s daughter. Rupali dies while giving birth to Suhani. Ragini divorces Nachiket/Neil and he moves to New York.

Pam wants Nivedita to get married to Neil. After Nishi’s marriage, misunderstanding between Neil and Ragini is solved. Nivedita and Neil are getting engaged but their engagement is called off. Nivedita calls Ronnie to create more misunderstandings and differences. Neil clears the misunderstanding. Ragini and Neil get separated again due to some reasons.

Then the serial takes a leap of 9 months.

It is shown that Ragini got engaged to her boss Aman and Neil is living in New York with his three kids. But they soon meet again to save the same daughter’s marriage (Nishi). Nishi thinks that she should divorce Jignesh but together Neil and Ragini convince her not to do so. Ragini and Neil get married under a contract marriage. By living together with each other they slowly understand that their kids want both of their parents together and they learn that the lesson they taught to Nishi is also for them and they should live together. In the end problems between Nishi and Jignesh get solved, Dr Aman gets married to Nivedita and Neil and Ragini decided to live together with their kids forever in India. At last a family photo including Neil, Ragini, Agham, Aarav, Suhani, Nishi, Ranbir, Asha Nani, Super Nani, Pam, Nivedita, Dr. Aman, Sunny Tai, Jignesh,RK and the rest of the characters is clicked and they all live happily ever after.

See the Casts and pictures and Real Names.