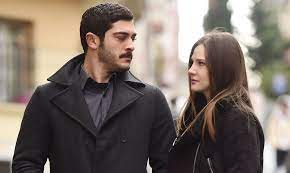 An ex-soldier named Marashli has left the special forces in order to run a used bookshop and spend more time with his ill daughter Zelis.
When Mahur Turel accidently puts herself into difficulty, he saves her life, and that alters everything. These two’s future will now be closely intertwined.
Aziz Turel, one of Turkey’s most prominent businessmen, is the loving father of Mahur.

A snapshot she takes leads her into problems, putting her life in continual threat.
But her fearless persona is almost impossible to contain… at least by anyone other than Marashli, who is now employed to keep Mahur safe as her personal bodyguard.
Mahur is a workaholic who has withdrawn from life after the untimely death of her mother. She watches the videos her late mother recorded for her to fill the emotional void in her life.

Around the time Marashli is hired to be her bodyguard, the mystery around her family begins to fade. She will begin to learn about the real intentions of those closest to her.
Marashli will grow into her closest companion, her most reliable confidant, and her lover along this voyage.
That is, until she learns the truth about Marashli.

Read the First Teasers Below

She merely intended to take pictures of the countryside, but Mahur instead discovers a murder. Who is the strange man who rescued her? Will the murderers actually let her go?

Aziz finds it difficult to persuade Marasli to keep his daughter safe. Zelis, his own ill kid, may hold the key to Marasli’s cooperation. Marasli, will you persuade him?

Mahur has made her feelings about Marasli as her bodyguard known, but firing him may not have been the best idea. Danger always seems closer to Mahur than she thinks.

The answer to Marasli’s questions lies with the Turel family. But does he have the patience to work with an uncompromising Mahur until he finds it?

Mahur makes an effort to drown her sorrows, but it only serves to draw her and Marasli closer. When Aziz confronts Savas, Mahur reacts in a way that might endanger everything.

Savas is freed from police custody after the suspicious disappearance of the evidence against him. What will he do next to torture the Turel family now that he is free?