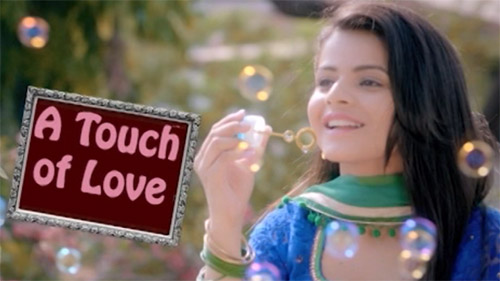 A Touch of Love February Teasers 2023

Kosi Devi shocks the Pandey family by claiming to have raised Bani for the last 15 years. While Vasundhara is opposed to Kosi Devi’s presence in the house, Bani wants her to stay.

Thapki and Samar decide to join forces after Samar confronts her regarding the contract signed by the families. After Kosi Devi poisons her mind, Bani finally decides to torture Thapki by making sure that Tina doesn’t get married.

Bani finally initiates her revenge plan on Thapki by drugging Tina. Drugged and out of her mind, Tina starts to dance at her wedding. Will Tina be brought under control before her wedding is totally ruined?

Tina slaps Dolly! Chaos reigns! Tina and Samar’s engagement is jeopardised! Even Kosi Devi adds fuel to the fire by insulting the Pandey family and by convincing Dolly to call off the engagement.

Thapki is filled with shock and awe when she spots a man who looks like Bihaan performing on stage. Tears coat her eyes. Confused and lost, she runs after this mysterious man. But is it really Bihaan? Is he back?

Bani throws a bachelor party for Samar. Unaware of her evil plan to humiliate him in front of the Pandeys, Samar agrees to it. Will Bani succeed in her endeavour?

Thapki confronts the dancer and learns that she was hired by someone to dance with Samar during the bachelor party. Will she get to the bottom of it and find who set Samar up?

Annoyed with Thapki’s questions, Bani finally reveals her true purpose of returning to the Pandey house. She openly expresses her hatred towards Thapki for getting her married at a tender age. Thapki tries to convince her that it was Shraddha, but Bani refuses to believe so.

Thapki gets the shock of her life when Bihaan’s look-alike saves her from being harassed by some goons on the road. She decides to follow him and find out who he really is. Who is Thapki’s saviour? Can she learn his real identity?

Kosi asks Bani to use a slingshot to hit Tina while she performs a puja with Samar. Will Bani follow Kosi’s orders? Earlier Thapki is in utter disbelief when Bihaan’s look-alike confronts her and reveals that his name is Aryan Khanna.

Thapki comes up with an ingenious plan to win back Bani’s trust after her chance encounter with Bihaan’s lookalike, Aryan. She asks Aryan to pretend to be her husband. Will he agree to this?

While the Pandey family prepares for Tina’s mehndi ceremony, Bani continues to create problems for Thapki. She threatens to kill herself if Thapki marries Tina to Samar. Bani’s threat takes a hit when Aryan arrives and is mistaken for Bihaan.

Aryan makes up a story and convinces the Pandeys that he is Bihaan. Thapki wonders what made him change his mind about the request she had made. Does Aryan have an ulterior motive behind this?

Aryan and Munna turn out to be brothers! Angry and confused, Munna confronts Aryan and asks him why he is pretending to be someone else in the Pandey house. Aryan tells him why, but is his secret safe with Munna?

After Aryan’s arrival, things calm down and Bani finally decides to clear things with Thapki. She severs all ties with Kosi devi and apologises to Thapki for her actions.

As Kosi Devi figures out that something is off with Aryan, she plans to expose Thapki and his fake relationship. She organises a puja and announces that they should get Aryan and Thapki married to celebrate happiness returning to the Pandey house.

Aryan tries to help Munna get into Bani’s good books since he loves her. But Aryan’s actions annoys Munna and they both get into a squabble. At the function, Kosi Devi reveals the mandap where Aryan and Thapki will remarry.

Bani organises a surprise date for Aryan and Thapki. Unaware of this surprise, the duo arrive at a restaurant. After finding out that it was Bani’s plan, they decide to play along. Will this fake date go on without any hindrances?

Thapki gets furious with Aryan for trying to get closer to her. Bani finds out that both Thapki and Aryan are lying about their relationship when they both give different answers about the date night. She then decides to seek answers from Kosi Devi.

On the auspicious day of Ekadasi, Thapki refuses to carry out the ritual with Aryan. But Vasundhara manages to convince Thapki to go ahead with the ritual. Once inside the temple, Thapki reprimands Aryan stating that he is not her husband. Bani eavesdrops on Thapki and Aryan’s conversation

Fully aware that Bani had gone and created the ruckus at Samar’s house, Thapki confronts her. Bani reveals that she knows the truth about Aryan and severs all ties with Thapki.

Aryan convinces Bani to get married to Munna, but he’s unaware that Bani knows the truth about his identity. After Bani impersonates Thapki and calls off Tina’s wedding, Vasundhara takes it upon herself to get Tina married to Samar.